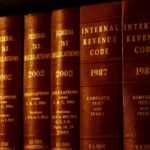 As most taxpayers know, the IRS generally does not have unlimited time to assess income tax against them. In most cases, section 6501(a) establishes a three-year limitations period for assessment. However, there are several exceptions to this general rule. Section 6501(c)(1), for example, provides an exception for ‘‘false or fraudulent return[s] with the intent to evade tax.’’ For those returns, the assessment period remains open indefinitely and the IRS can assess tax at any time.

…the IRS has recently taken the position that the intent can be either that of the taxpayer or the preparer.

Court decisions have created a divide on whether the requisite intent to evade tax under section 6501(c)(1) is that of the taxpayer, the preparer, or, oddly enough, the return itself.1 Although the statute is silent about whose intent controls, the IRS has recently taken the position that the intent can be either that of the taxpayer or the preparer.2 Not surprisingly, taxpayers with no knowledge that their preparers made fraudulent returns with the intent to evade tax have argued that they should not be subject to open-ended assessments for wrongful acts committed by the preparers.3

This report details the history of the unlimited assessment period for false or fraudulent returns and examines the code’s definition of fraud since 1918. It analyzes recent and not-so-recent IRS chief counsel advice and court decisions on the issue of whose fraud is relevant for the application of section 6501(c)(1). It also looks at the fairness and due process concerns that arise when taxpayers are penalized for acts committed by their return preparers.4 Finally, it concludes that taxpayers should not bear responsibility for fraudulent acts of their preparers absent evidence of actual involvement or knowledge on the part of the taxpayer.5

Kelly A. McGinnity is a partner at Schlack & McGinnity PC. This report was adapted from a research paper prepared for the tax LLM seminar at Loyola University Chicago School of Law.

Probate & Alternatives; Which is right for you? »